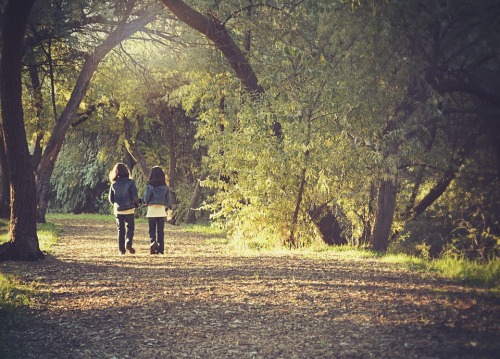 I have three daughters. Yes, three. And no, I wasn’t “trying for a son”, as most people ask me, a question that only reveals their supreme narrow-minded stupidity than anything else. Why else, implies their tone, would anyone willingly have three daughters. I don’t know, but wanting to have them could be one obvious reason. Not sure if the obvious is obvious after all, especially those who walk around the world with “to-let signs in their eyes”, to steal a dear friend’s phrase.

I don’t bother replying to these questions, despite the fact that my silence is taken for consent, even lament. Also, the truth is that even I do answer, in some misguided sense of wanting to educate the world, it would be wasted breath. Such deep-rooted parochial ideas are not about to change with any answer I can give them, no matter now persuasive. So I’ve learned to ignore the questions, the prying, and the commiserative looks I get from people – which I find amusing more than angering.

However, for all my fortitude on the matter, there are days when I my patience wears thin – especially when I am told that my daughters are “going to be like my sons”. That gets my goat. What does that even mean? What can a son do for me, that a daughter cannot? I once asked this to an unsuspecting lady who probably said this to me with the expectation that I would proceed to unburden my worries onto her and express my deep gratitude for her understanding. Instead I asked her what she meant by that remark. She was taken-aback, but recovered quickly and added that they would “do what sons do”, and beamed as if she had shed invaluable light on the matter.

I didn’t press any further, because it was evident that she would be unable to articulate what she meant, and continue to make generic, seeping statements which would irritate me further. Besides, patience is not a virtue, and I didn’t want to be rude, so I let it go.

But the truth is that she’s not alone in thinking this way. I get only two kinds of reactions when people discover I have three girls. Actually, make that three kinds– shock, sympathy and reassurance. I am pretty used to it by now. I know the look. Mostly, though I don’t let it get under my skin, but there are times when I want to shake the people out of their idiocy and tell them to take off their blinkers.

My daughters are my daughters and they will remain so- they will not turn into sons if they do “what sons do”. It’s infuriating how the world wants to put people in boxes.

Think about it – if a girl wears shorts and plays sports, she’s a tomboy. The dictionary meaning of that word is – “a girl who enjoys things that people think are more suited to boys”. That says is all – people think. So we are saying that if you do boy things (someone please define those for me), you’re a tomboy. I reject this outright. My children do “children things” – play in the park, climb monkey ladders, swim, play sports, chase each other around the house. They are kids and this is what kids do – they play. Who decided what activities are “more suited to boys”? Give a kid a ball and he of she will play with it – it has nothing to do with the gender.

As a mother, I see my kids play with girls and boys equally, and they do everything. There are boys who come over and play with kitchen sets, does that make them “girlie”. I don’t think so.

It’s all in the conditioning. We do it from the time they are born. We think a child would be inclined in one way or the other and we make those decisions for them. We hand cars to boys and dolls to girls, and then we hold up statistics to bolster our arguments on gender. As I have said before in a making a case against gender-based toys that Kinder Joy puts in their pink and blue chocolates, that we think we know better. But we don’t. My girls like the “blue-for-boys” Kinder Eggs, because they prefer the toys in them.

And no, they are not tomboys, they are girls, they are children who love to play, to create, to not want to be told what they should do. They are my daughters. If I had had sons, they would have been my sons. It’s as simple as that. Why is this so hard to understand?

3 responses to “My Daughters Are Not My Sons. They Are Daughters. They Are Not Tomboys, They Are Girls.”