A Race Against Myself – It’s Marathon Time Again 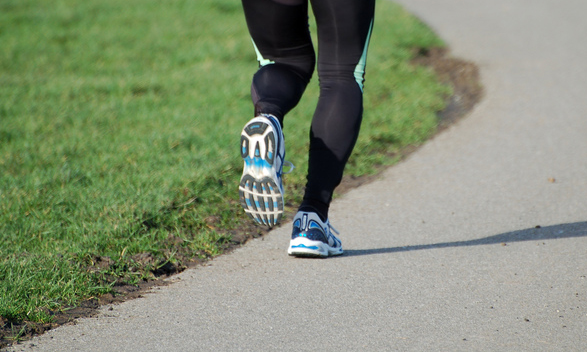 After I ran the marathon last year, I was on a high. For me, it wasn’t a tick-off-your-bucket-list kind of thing. I enjoyed running and despite finding the 21 K quite challenging, I wanted to do it again. I really did.

Except, I didn’t expect that time of the year to come rolling by so soon. Because no matter how much you run otherwise, training for a marathon requires dedicated focus for at least 10 weeks (if not more). The fact that I ran last year has no real bearing on this year, because I have to build up my stamina again.

Why? Because, as they say, I have a rep to protect. And it’s all about the timing. Last year, I was baggage-free. I was a novice, a mum who’d decided to run because she needed to do something that made her feel a little better about herself (let’s face it, that’s always a part of it) – I needed to get away and do something for myself and do that whole stereotypical thing about feeling a sense of accomplishment and getting the high of having pushed your body to the limits. All that good stuff that runners love to say. Yes, it’s all true and I felt all of it.

That, however, was then – a year ago. This year, it’s a whole different ballgame. Now I am racing against myself.

If you are a runner, or if even if you vaguely know one, you will know that there is one thing that is of supreme importance – and that is the timing. Anybody who tells who that it does not matter is basically fooling himself or herself. It matters big time. I cannot possibly take longer to finish than I did last year. I mean I can, but I am not going to be thrilled about it, especially when all and sundry ask me what my timing was.

And it’s really not about other people either – I have a benchmark, and most people don’t like to fall short of it.

So I have little choice but to train hard again. And it’s not that I don’t want to, but this year has brought a big change in my life – I have started working, which leaves me little time to run. Yet, I will try, because running changed me in many, many ways. Not physically (though toned legs are always welcome) but mentally. I feel it made me stronger mentally – I learnt to push my mind to believe that I could do it. And that’s half the battle won.

I am not sure I can repeat last year’s magic. I want to, but it’ll take work – more than last year in a way – because, as I said before, now it’s a matter of reputation 🙂

From Kids to KPIs

The past few months have been interesting. I’ve been working full-time, sometimes more than that. And all that I feared would happen, has happened. Kids have fallen sick, maids have gone on leave, weekends have been awash with work. Yes, I am quite the working mom now and it’s amazing how I have slipped into that role like I was always doing this. The truth is five months ago I was your typical stay-at-home-mom, quite reconciled (if grudgingly) to the idea of never setting foot in an office again.

And how dramatically that’s changed.

I know I’ve said this before, but I am already facing a lot of pressure – mostly from myself. So on the back foot am I that I feel I have to constantly prove something – that I am serious about my work; that women who return to work after a hiatus may not be able to ace power point presentations, but they do add a lot of value to a company. And in my blind wish to prove this I have gone and done something that I now find impossible to get out of – I have poured cold water all over the negotiations that I made when I joined work – that I would leave at 4 and work flexi.  Not only do I not leave at 4, I also had a washed-out weekend where I worked flat out for a deadline, while my younger twin lay next to me with high fever. On Sunday night at 11:30 when she finally looked at me with watery eyes and asked me if I had the time to lay next to her, something in me snapped. I know there are good days and bad days and I was determined to not let anything get in the way of me proving myself – but when I saw her tiny face, all I could think of was the fact that she needed me. I sent off one last slide to my boss and shut my computer down. I was tired. And I thought about how much my life had changed.

I guess this was a test, of sorts. To try and work when you have a sick child tugging at your clothes. I did it, but with a lot of guilt. But, guess what, when I shut my computer, the guilt did not vanish – it merely shifted base – to work. I wondered if my boss would think I was shirking work – the fact that I worked the whole weekend with a sick child was not enough I guess. And I didn’t even want to tell my boss that my daughter was sick – because, in this flu season, my kids have been falling sick one after another and I didn’t him to think that it would affect my performance.

Anyway, long story short – the basic point I am trying to make is that a working mother has to constantly shift gears – from work to home and back to work, and to home again. It’s a constant cycle and I am still getting used to it. I am trying my best to do both, but there’s always guilt – of leaving the kids, of leaving work – that I haven’t been able to escape. And I doubt I ever will. It’s a woman thing.