When You Short Sell Yourself And You Know It 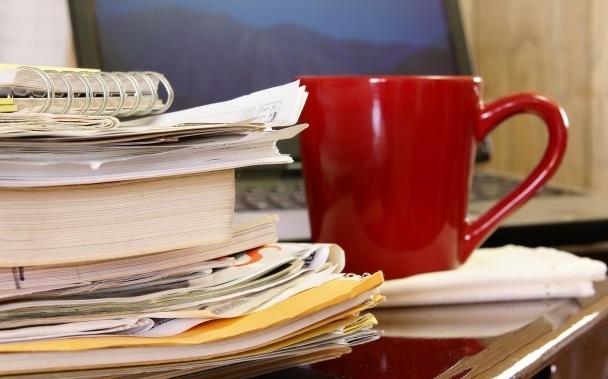 So now I’ve been working for about three months, which might explain my absence from this blog (you can only do so much.)

It’s been great so far. I am enjoying getting out of the house, wearing work clothes and talking to adults. I do miss the lazy mornings, though, when I could read the papers with leisurely cups of tea and whine to my husband as he got ready for work. But, not complaining – you get some, you lose some. This is what I’ve wanted all this time, this is what my angst was all about – that I was not being able to get out of the house and take on the world. So here I am, happy that I finally got on the bus I’d been waiting for.

But (yes, there is a but, and you’ll soon see why) there is something that irks me – the fact that I get paid pittance. I know, I know – I’ve got my foot in the door and that’s key. But the thing that irritates me is the fact that my hiatus from work is being used as a negotiation tool and my abilities and skills are secondary. I am being paid based on my so-called absence from full-time work and not on what I actually bring to the table. Because the fact of the matter is (and here’s where I am going to be a bit, well, not so humble, so pardon me) that I am as good as the person who has been physically present in the workforce all these years. I may not be able to write the corporate jargon like the rest (give me another month and I will) but the clarity of thought and seriousness I bring can’t count for nothing (or just a wee bit more than nothing).

I didn’t expect to feel this way and frankly I did not even think about the money when I took the job. And that was because all I wanted was to get back in. But after being here for a few months I realized something – that the people who work around me are, pretty much, like me. When we are in a meeting, for instance, I have as many ideas (which usually get incorporated) as the Joe sitting next to me (who is, by the way, almost young enough to be my kid – had I married at 20 that is – and earning the same). But because I am this rebooting-her-career mom, my fear is that I am seen as someone who needs this more than she is needed at the job. It may or may not be true, but the fact that I am adding a lot of value but not being paid for it, bothers me.

Now to make this even more complicated I’ll add here that it bothers me that it bothers me (yup, am quite the stereotypical woman). And that’s because I don’t want to think about the money, but about working, about the foot-in-the-door, about the fact that I have managed to flee my domesticity and all that stuff I’d told myself about when I joined. It makes me uncomfortable to think this way.

Yet, the truth is that I do. And, after doing some analyzing, here’s probably why.

It’s because the compensation I’ve been offered factors in the assumption that I will need frequent flexibility, that because I am a back-to-work-mom, I’ll leave the office even if a bee were to enter my house, because mothers are control freaks who will drop everything to tend to their sacred hearths (never mind that I sit there till way past the time I “negotiated” I would).

Sure there would be days when I would have to run back to the house, but that could happen to anyone. What strikes me as unfair is that this what-if scenario holds true of any mother who works, irrespective of her career track. But returning-to-work mothers like me pay a price for a flexibility that we may or may not use, while working moms (the ones who somehow stayed on the road) don’t, even though they would be as prone to tending to a sick child as someone like me. And the truth is that I’ve been at work even when my daughter has been ill. You know why? Because I am trying to prove myself. I am trying to say – see I have a sick child at home, but I am here, doing my thing because I am like the rest, in every possible way.

So I am not sure what I am going to do about this feeling, apart from rant and rave about it on my blog. If it gets too much, I’ll bring it up with my boss when it’s time for a review (soon). The one great learning I’ve had in the past three months is that people who work well are always in demand and there is a short supply of such people. My husband always told me this, but who listens to husbands when you are at home, neck deep into mom-in-law, kids, birthday parties and homework. All you want to say then is “ya right, that’s easy for you to say when you are on the inside”.

Well, now I am on the inside and I could not agree with him more. So yes, I am happy to be out of the house but  wish I had not been so much on the back foot when I negotiated terms for my job. I know now (easy to say in hindsight) that I was going to get it anyway, but I didn’t know how to play the game.

One learns, I guess. The next time I’ll play it too.