You Can Restart Work Any Time. Is It Hard? Hell Yes. Impossible? No 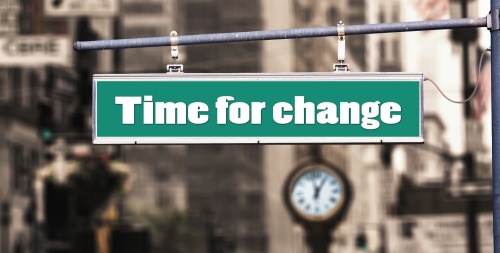 I recently read Reboot’s post on Twitter about the #10YearChallenge on women’s careers – it had asked women to write where they were 10 years ago and where they are now. It made me think about the time when I was at home with the kids (ten years ago I had a set old 4 month old twins and a three and a half year old – yeah that was fun). Some of my memories from that time are, quite understandably, a bit of a blur but I do remember this one, constant, nagging feeling (apart from that of extreme fatigue, irritation and sleeplessness) that my career, my professional life was over. Who, I thought, would give me a job after a nine year break. Paradoxically, what was supposed to be the happiest time of my life (which all and sundry relatives never stopped telling me) was full of consternation and depression. Motherhood, I was told, was enough to make me happy, and the fact that I had no financial need to work was seen as my biggest blessing.

Before I go on, let me clarify one point. I was happy and my children did give me a lot of joy, but there was no sense of personal accomplishment and, as time slipped by, I kept falling deeper and deeper into the domestic-rabbit-hole – and I felt I’d never be able to get out. The hormones, of course, did not help – so there I was fat, old-er, broke (on the personal front) and emotionally fragile, and no one understood what I was really going through (including myself – I didn’t realize how low I was, until I started to come out of it). Everyone around me seemed to be absorbed in their own lives and, because I was well off (as in, because my husband is doing well and, at the surface of it, I seem to be happy – it’s all provided for) no one understood why not working was the source of my angst.

But, guess what? It passed, just as everything does. My kids grew up, a little. I started to sleep better (never underestimate the havoc lack of sleep plays with your brain). As I felt better, I started to think about returning to work, or doing something from home. At first I was lost. Then I began to write, and it became a refuge for me. I also started freelance web work. It didn’t pay anything and that annoyed me, but I decided to do it anyway. Money matters, but at that moment, for me, a sense of purpose meant more. And here’s the thing about finding your way back – you never know which path leads you out of the woods. You just keep going till you come to a clearing. And I did just that. I kept going irrespective of what anyone thought about my writing. I started a blog and oh, I started running. It was the best thing I did – those endorphins I can tell you are quite useful in lifting you out of your state of limbo and frustrations. I even ran the 21K. It was the first time, in a long, long, time I felt I had achieved something. My husband and kids came to cheer me up, and as I approached the finish line I saw their proud faces. I can tell you, few things can beat that feeling. So yes, it passed and made me stronger. And fitter.

What I am trying to say, I guess, is that when you’re at home and the world around you is doing their thing, you need to work on your transition back to work. You need to work for many, many reasons – for the money, yes, it’s important. When you earn, the dynamics of a relationship change, as does your standing (let’s face it, it does) . Then there is the feeling of purpose – again, it’s important. And also, you need your tribe of people – colleagues, friends – who are yours and not your husband’s colleague’s wives, or your children’s friend’s mothers. You need people who know you for you, who are not related to your family in any way – people with whom you exchange collegial, if idiotic, What’s  Apps, who you can go for coffee with (and indulge in banter about your boss!) – because your kids will grow up and go away (they’ll disconnect long before they go away) and your husband will have his work and his tribe – and you’ll be staring at a vacuum.

I got out after a decade’s break. I just mailed people, left, right and center and sold my story. Finally, someone gave me a chance. So, it may take a while, but you’ll get there. As Nemo says “just keep swimming”..

If I could do it – anyone can.

4 responses to “You Can Restart Work Any Time. Is It Hard? Hell Yes. Impossible? No”